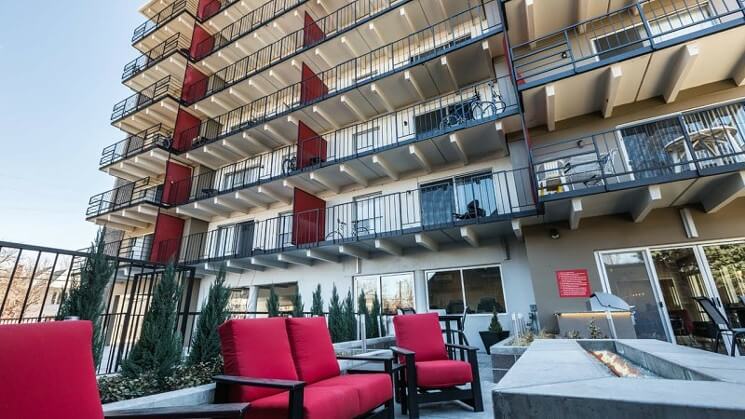 A survey of average one-bedroom rent prices for every Denver neighborhood shows that costs have generally continued to rise over the past two years, with some areas experiencing spikes that are truly eye-popping, particularly at the upper end of a scale. But there are significant exceptions from area to area, and bargains can still be found, as exemplified by a handful of neighborhoods where one-bedrooms are going for $1,000 or less.

We’ve broken down the prices for the spring of 2019 as estimated by Zumper into four categories: $1,000 or lower, $1,001 to $1,200, $1,201 to $1,500 and $1,500 or more. In addition, you’ll find assorted comparisons to prices the company registered for its spring 2017 Denver report. Direct juxtapositions are difficult at times given that Zumper doesn’t always use the city’s official neighborhood designations and some of its boundaries have changed over the past two years. But despite these limitations, the results paint a vivid portrait of the impact rapid growth and a high demand for housing has had on folks looking for shelter they can afford.

In the spring of 2017, one-bedrooms at this price point could be found in twelve Denver neighborhoods. That total has fallen to ten. But the cost of the average one-bedroom in the least expensive neighborhood, Montbello, is just $1 higher than for the biggest bargain spot two years ago: $800 versus $799 in Harvey Park, where rents have zoomed upward over the past 24 months. The current average one-bedroom rent in the latter neighborhood is $1,200.

Other comparisons show instances where one-bedroom rents have remained flat (Westwood’s current $950 average is the same as in the spring of 2017) or increased by percentages in the single digits: Mar Lee one-bedrooms have gone from $850 two years ago to $915 today.

Of our four categories, this one is the second largest, with 21 Denver neighborhoods falling within it — and while some, like Harvey Park, have seen substantial price increases over the past two years, others have gone in the opposite direction. Note that today’s average one-bedroom rent in Capitol Hill, $1,200, is $50 lower than it was in the spring of 2017.

The neighborhoods in this grouping with average one-bedroom rent up to $1,100, beyond those already mentioned, are Harvey Park South and Montclair ($1,010), Ruby Hill ($1,050), Indian Creek ($1,090) and Clayton, College View-South Platte, Hale, University Park, Villa Park and Washington-Virginia Vale (all $1,100).

More Denver neighborhoods — 29 of them — currently sport average one-bedroom rents in this range than any other. And the fluctuations of price have been considerable for many of them.

Today, those costs would land in third and fourth place, respectively. The most expensive neighborhood for a one-bedroom today is Union Station, at (gulp!) $2,400, followed by the Central Business District, at $2,250.

Also crashing the party is the Cole neighborhood, an area that’s undergone significant gentrification over the past two years — and, man, does the rent price show it. In the spring of 2017, the average one-bedroom in Cole went for $1,095. Today, it’s $1,600, just shy of 50 percent higher.

According to Zumper, Denver rent is up more than 9 percent during the past year. The city registers as the sixteenth-most-expensive for rent in the U.S., with an overall average one-bedroom rent cost of $1,530 and a two-bedroom average of $1,950 as of March.

Article was written by Michael Roberts

2020 Changes to Listing Agreement, Other Forms and CREC Rules – Golden

What to Expect from Denver’s 2020 Real Estate Market