How House Flipping in Denver Is Changing in 2018 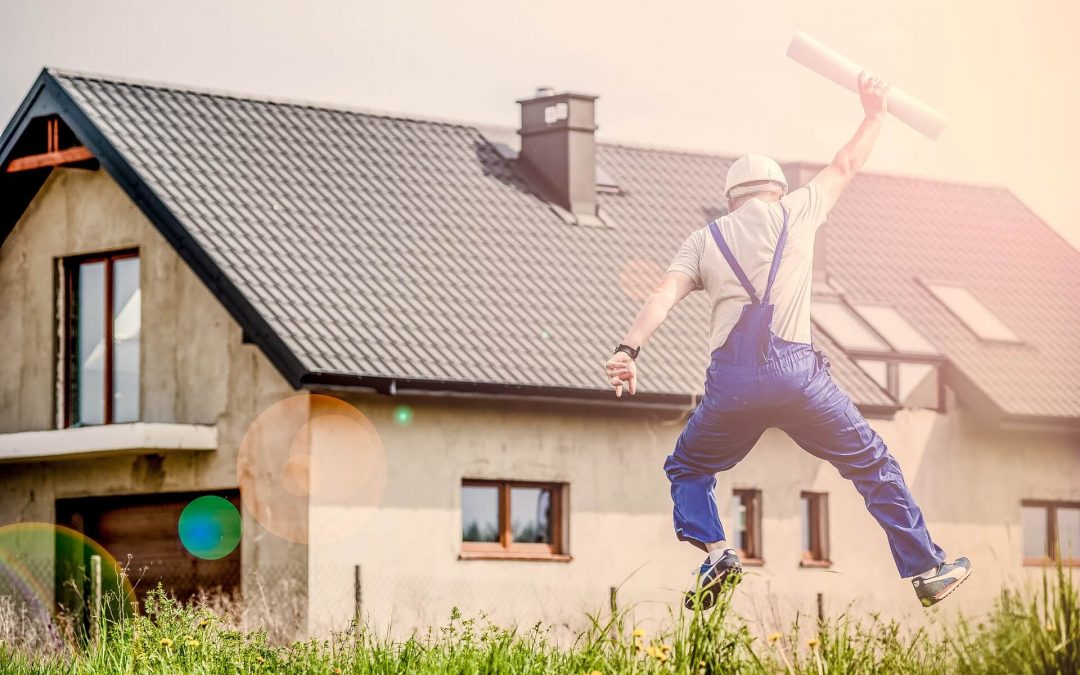 Plenty of house flipping is going on in Denver thanks to the Mile High City’s seemingly unstoppable housing market. But according to one local expert, demand for properties is so overwhelming that large out-of-state investment firms that once dominated the house-flipping game are being pushed out by individual buyers planning to live in newly purchased spaces for extended stretches before reselling.

“I do have straight flippers,” notes Veronica Collin, who’s both a house flipper herself and the head of Fresco Real Estate, which specializes in properties on metro Denver’s west side, from Thornton to Littleton. “But a lot of the big companies have moved away from Denver because it’s so competitive — and because they’re competing with homebuyers who can pay more than they can.”

On the surface, this seems counterintuitive. But it makes perfect sense as explained by Collin, whose insights collectively form a de facto guide to house flipping in Denver circa 2018.

“Here’s the problem in Denver,” she begins. “During the recession, there was no building going on — not just in Colorado, but anywhere. So we got behind on new builds and people weren’t able to sell or move. Then, when we came out of the recession, they pulled their money out of the stock market and put it into real estate, where they felt safer. So there was a lot of cash, and people started buying.”

Under this scenario, “homeowners weren’t underwater anymore,” Collin continues, “but there were so few houses on the market that people were afraid that if they sold their home, they couldn’t find another one to buy. That left them asking, ‘Where am I going to go?,’ especially when the prices really jumped.”

Today, as Collin points out, “there’s obviously building going on all over Denver. But a lot of what’s being built are apartment buildings. New homes are being built, too, but builders just can’t keep up with so many people moving into Denver. Sometimes I swear that all of San Francisco is moving here, because we have what they want. They consider themselves to be outdoorsy people, and compared to what they’re paying for houses, our prices are laughable.”

This scenario appears to be shifting. “I’ve seen reports that more people are looking to move out of Denver than want to move in right now,” Collin says. “A lot of young people have moved here, but they can’t find an apartment they can afford and there’s no way they can buy a home. So they stay here for a while and then move on to places that are more affordable. And we’re also seeing interest rates go up, and — this is my personal opinion — I think we’ve needed that to help our market here. It’s been a pretty crazy seller’s market for the past four or five years, and it’s been very hard for buyers, especially first-time buyers. We may have finally hit a ceiling where people are saying, ‘No, I’m not paying those prices.'”

High costs add to the allure of fixer-uppers, but Collin notes that in west metro, “it’s almost impossible to find anything under $250,000, and there’s not a lot under $300,000. And when there are properties in that range, it’s very competitive, because that’s the amount of loans that a lot of people, particularly first-time buyers, qualify for. That means flippers are competing with first-time buyers, who, whether they want to or not, are looking for houses that need some work or a really tiny house — something like 600 square feet.”

Increasingly, first-timers aren’t looking to flip a purchase instantly, for reasons that they can see on the bottom line. “If you flip a house in under two years, as most flippers do, you have to pay a 15 percent capital gains tax in addition to your federal and state taxes,” Collin points out. “But if you’re in it for at least two years, you don’t have to pay capital gains, and that’s a big difference in taxes. If you can put that in, it’s a good way to go, because you’re going to make more money when you do sell.”

What type of home is ideal for buyers who want to make some money a couple of years down the line? Collin advises folks to look for “a house that’s dated. It’s been well maintained, but it’s got carpet over the hard wood and ’70s gold appliances. It’s something that’s livable now but can be fixed up over time and doesn’t involve new electrical or a new furnace.”

With homes of this description being snapped up so quickly, Collin maintains, institutional flippers are left with “places in a very good neighborhood that are dumps. A place that’s never been updated. Maybe one where a hoarder lived or that has foundation problems a homeowner can’t take on, but that a flipper might be able to repair. I’ve seen that kind of thing myself — homes that needed everything and that might be livable for someone who could live on a mountaintop by themselves, but that most people wouldn’t consider livable until a lot of work is done.”

Although Collin has flipped six houses over the past couple of years, she has goals that go beyond cash. “I’m not a flipper who makes $100,000 on a flip,” she acknowledges. “I end up making anywhere from $25,000 to $45,000, and then I have my commission in there as well when I purchase. Most flippers have a formula they use, and they want to make more money than that. But for me, it’s a creative outlet, and I usually end up selling to somebody who’s approved for loans through the FHA [Federal Housing Administration] or the VA [Veterans Administration], and whom most others don’t choose, because those are riskier loans. They get pushed aside right away when there are multiple offers, but I’m okay if something falls through. I can just put the house back on the market. And when I pick people who’ve missed out on houses twelve times already, it makes me feel fulfilled at the end of the project.”

That said, Collin wants buyers to earn the most benefit possible from any purchase, which is why she advises her clients to look at metro neighborhoods that aren’t hip but are trending in that direction.

She offers this example: “Three years ago, I was pushing my clients to look at a neighborhood in Arvada called Alta Vista. It’s just north and down the hill from Olde Town Arvada, and it wasn’t considered sexy at that time. But the neighborhood was full of ranches and mid-century-modern homes that people bought way back in the day — and they never moved. They stayed there and raised their children, and it was then a community full of elderly people who were starting to sell. We’d also had a 100-year flood that had come through there, and they were rebuilding a park, and Olde Town Arvada was changing from biker bars to interesting restaurants and so forth. I would tell them, ‘This is going to turn over to young buyers.'”

Neighborhoods with similar potential can be found in Lakewood, Collin confides. “There are some areas there that may look a little farm-y and rural, but they have potential. They’re great places for cute little coffee shops and other things for people to walk to. And a few years from now, after those shops have been built, the properties are going to be worth a lot more than they are now.”

One more hip tip from Collin: “I don’t invest outside of where I live. That’s just too risky for me. But I have a number of clients who do — people who I helped buy in Denver years ago, but now they’re selling their houses here, cashing out. And Atlanta, Georgia, is like Denver ten to fifteen years ago. They have this whole belt system of parks that surround downtown, and the houses around those parks are kind of run down. But now they’re getting bought by flippers, because there are restaurants and coffee shops on the other side of the parks, and they’re really set up for growth. So we’re seeing investors taking money out of Colorado and going to Georgia, Arizona or Texas, where the real estate is much more affordable.”